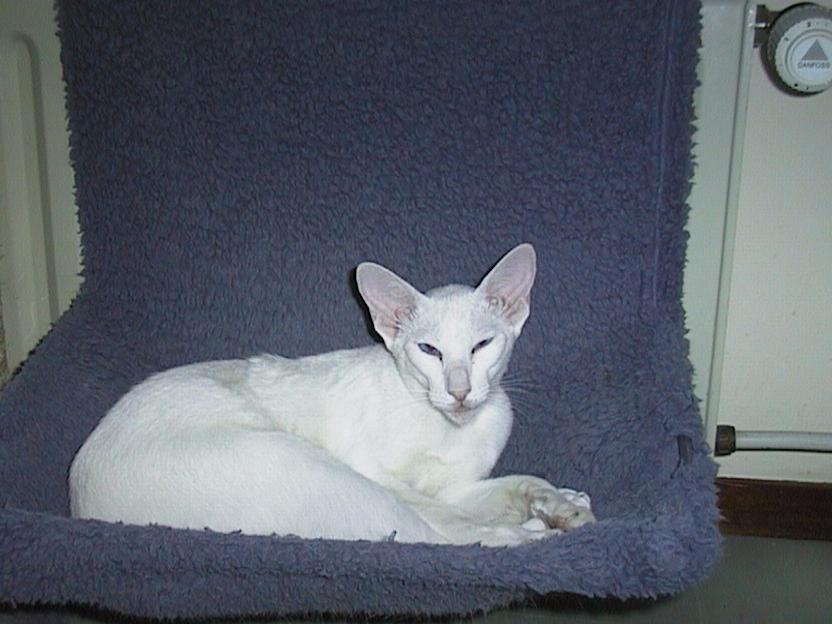 The Foreign White, a siamese in white

It was about 1960 that people in England had the idea to breed uni-colour white cats, which has the same type as the classic siamese. Because of the blue eyes and white cats combination, a solution had to be found to prevent deafness of the kittens. They decided to use the blue eyes from the siamese. Pat Turner, a famous cat geneticist, started breeding the first litter of foreign whites. She mated a seal point siamese with a European shorthair white.

In Ireland they also started a line of Foreign White. They also used a European Shorthair white, but instead of a seal point siamese they used a red point siamese. Lines with often deaf kittens were stopped. Also the line which started with the red point didn't make it. This is the reason why traditionally foreign whites and seal points are mated. Deafness will be prevented at maximum rate.

Information about the history and background of breeding foreign white, can be found in the article from "De Kattenwereld" of the society NKFV, written by Mrs. Berntrop (cattery Thao Thai).

In the standard of points you can read more about characteristics of this breed.